Behind the scenes of the Bury Hill to Bexhill Run

2019 was a busy year for moto vlogger o75. As someone who never shies away from a challenge, he’s always fancied doing a motorcycle run. Where do you start? More to the point, where do you finish? Here, he gives an insight into how The Annual Bury Hill to Bexhill Run came about, how the first run went, and what was learnt.

The cold days and long nights of January and February can be a little depressing for motorcyclists, and I’m getting itchy. The o75 YouTube channel in its infancy; my brain is exceeding its speed limits. What can I do to involve fellow bikers?

As a marshall for bike1066 in Hastings, which welcomes the famous Mayday Run, I was inspired by the founders who took to their motorcycles some 40 years ago to ride from Locksbottom to the seaside town. Today, it sees the free, spontaneous movement of thousands of bikers riding the same route.

Well, seeing Bexhill Motofest was in July, wouldn’t it be great if we had a run from the west? The next question is, how long? Well, the Mayday Run is about 60 miles. What’s 60 miles west from Bexhill? It only turns out that my favourite biker stop, Whiteways Café, near Arundel in West Sussex, is just that distance. And Bury Hill, as it is also known, would add a nice ring to the run’s name; The Bury Hill to Bexhill Run was born.

Enthused, I created the logo, created a Facebook page, and rallied support from Bexhill Motofest, Whiteways Café, South East Biker Magazine and On The Wheel Superstore in Southwick. I am so grateful of the support, you never know what the results would be until the day. In my mind, if I had just 30 bikers, I would be happy as we find out how things will turn out.

As this would be the first year, I created two routes (one over the back of the South Downs, the other along the A27). I needed to see which of the two would be more popular, as it would affect what we do next year. 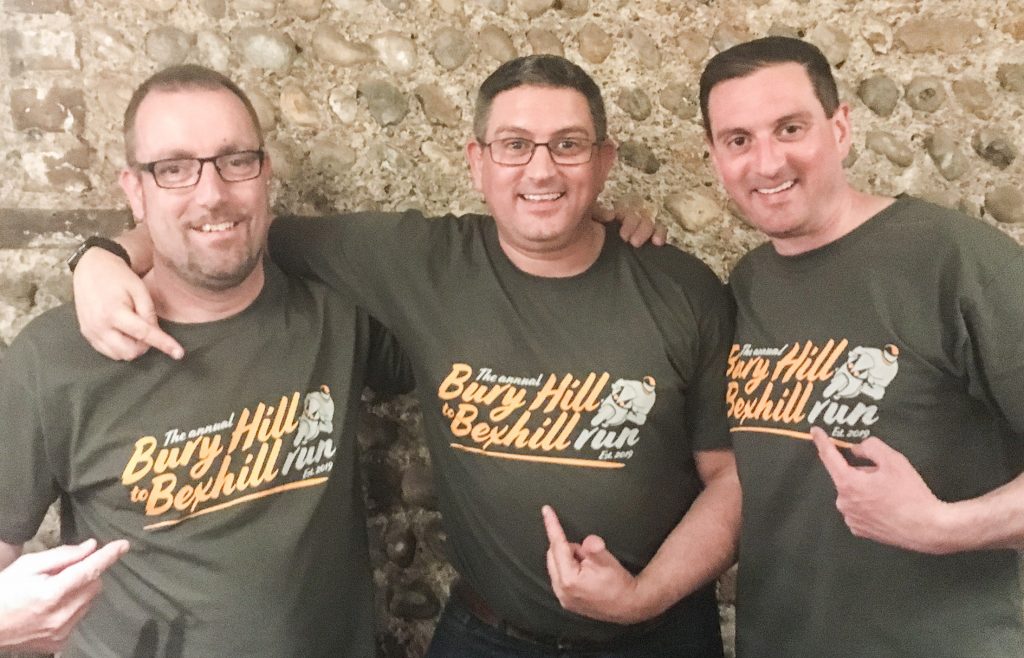 Moving into March, I dipped into my pocket to print t-shirts for family and friends who will be supporting me and created Facebook ads to give it a little jump start. I hired a photographer (my sister-in-law, Carolyn) for the morning, so have a bank of images in readiness for next year’s publicity.

Howard Martin, the organiser of bike1066, kindly offered a 30-second ad space on the big screen in Hastings. It does give you a great deal of satisfaction, seeing it all come together.

The effort on setting up and marketing it for no financial gain goes against the grain, but I’d like to give something back to the biking community I love.

This year, I was hoping everything would be simple, small and manageable. I needed to get a real feel of how things would pan out, measure and see what we can do better next year.

In the days running up to the event, I rallied my support team (Phil Cook, Dave Sewell and MotoGusto’s very own John Allsopp) to discuss plans ahead of the morning. A hive of Facebook activity ensued as a fellow biker (Paul Kinsella) made us aware of a road closure in Hassocks (‘thanks’ followed with ‘argh!’). Right, diversion, no matter what! I was excited as the morning drew ever closer, monitoring the weather — as if I could control that!

The day of the run 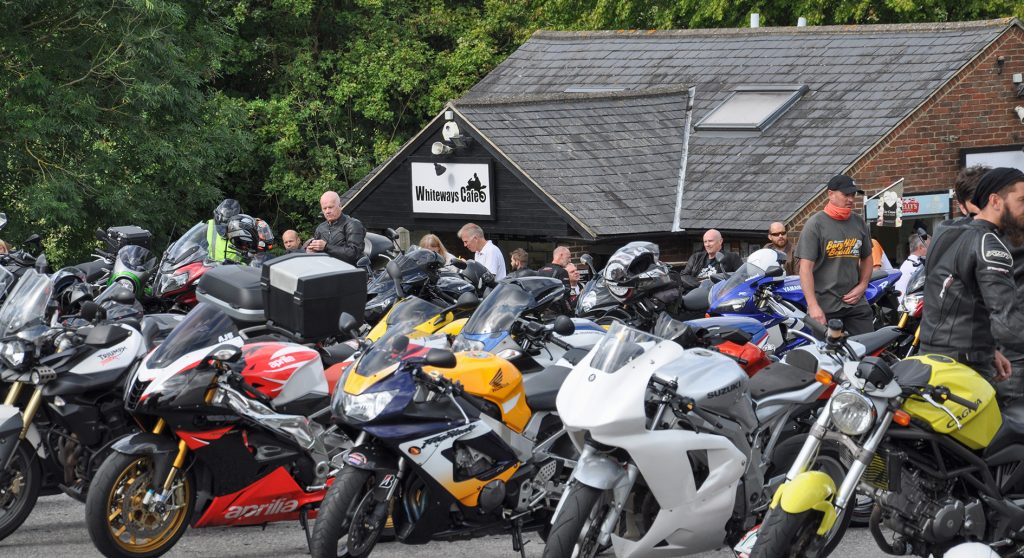 A great turn out for a first run

The morning arrived, and we made our way to Bury Hill on a beautiful sunny morning. Whiteways opened early. Some bikers were already parked up before 8am. Over the next couple of hours more bikers arrived. Most came up to chat to us as we gave them a sticker for dedicated parking at Bexhill. Although the idea for it was to be a free-run to Bexhill, I was amazed to hear pretty much everyone asking, ‘’when are you setting off? Can we join you?’’ Well, to go as a group, then what the heck, why not? I’m now lead rider! I delegate the rear riders to my brother, Phil and good friend, Dave. Other bikers stepped in to give a hand. Everyone wanted to do the route behind the Downs.

Shortly after 10am, with three blasts of the horn from John’s BMW 1150 RT, engines roared into life. Bike after bike left Whiteways car park as we made our way down to Storrington. I counted at least 50.

It was great to see so many bikers and a wide variety of different motorcycles too. Much gratitude to the many who made the inaugural run so special.

With all only taking route A behind the South Downs, it clearly showed only one route is needed; the route from Bury Hill to Storrington, Washington, Small Dole, Hurstpierpoint, Lewes, Loughton, Herstmonceux before dropping into Bexhill.

The run went without a hitch but, in hindsight, if travelling as a large group, I would instigate the Drop-Off technique, positioning bikers as markers at junctions to direct other riders along the route.

The roads were pretty clear along the way, meaning we were enjoying the ride even more as we tootled through the Sussex countryside.

We arrived at Bexhill alongside the Stunt Show arena and found our dedicated parking area outside the De La Warr Pavilion. Chatting to the guys, as we were all left to our own devices to enjoy the afternoon ahead, the feedback was positive and many wanted to do it again next year.

After an enjoyable afternoon at Bexhill Motofest, I head home feeling very satisfied with the achievement. With a deserved cuppa in hand, I checked in on Facebook and was amazed to read so many wonderful comments from those who took part. Now that meant a lot. Amazing people, fantastic ride, fantastic day.

Why not watch the inaugural run on your telly box. While you’re there, do subscribe to my channel; it’ll mean a lot.

SDoc100: Give your gear a good clean

Vanessa Ruck is ‘The Girl On A Bike’…